Fausto Tasca’s comprehensive training at the Academy of Fine Arts of Venice included the study of portraiture. Tasca worked as a portrait artist in Rome prior to immigrating to the United States. None of his commissioned portraits from that period have been recovered by the Tasca family in the United States.

As an established artist in California, Tasca was frequently commissioned to paint portraits in oil. Among this work was a portrait of A.P. Giannini, founder of the Bank of America. It is shown below in a publicity photograph from the Los Angeles Times. Tasca also created a portrait of Galileo for the Griffith Park Observatory in Los Angeles. Among other commissions were the portrait of President Roosevelt and that of J. David Larson. 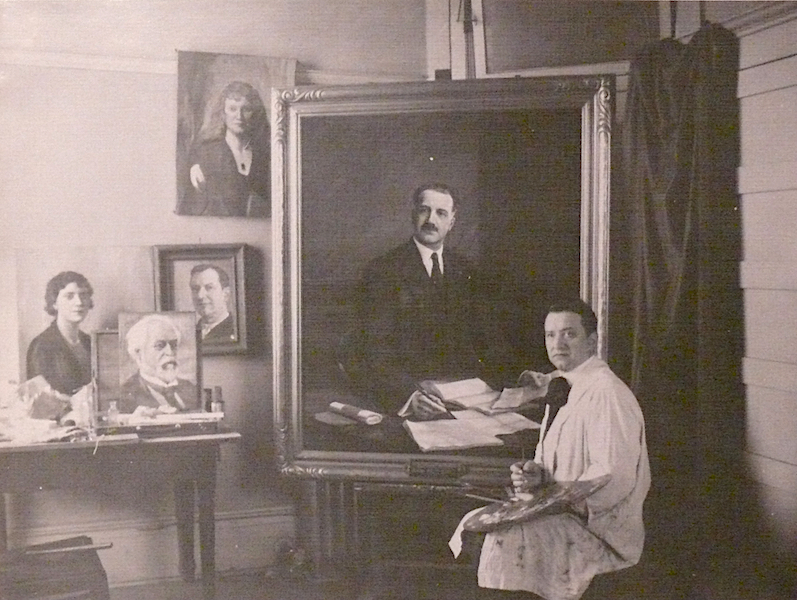 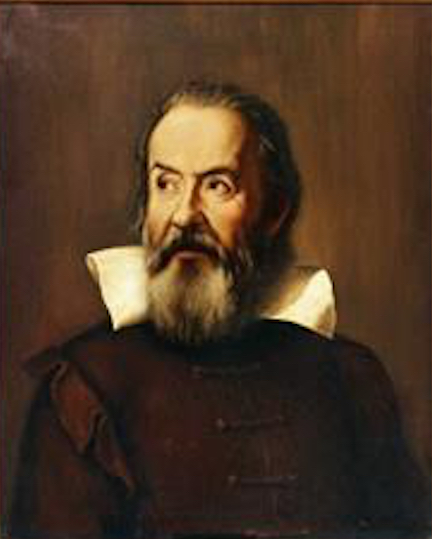 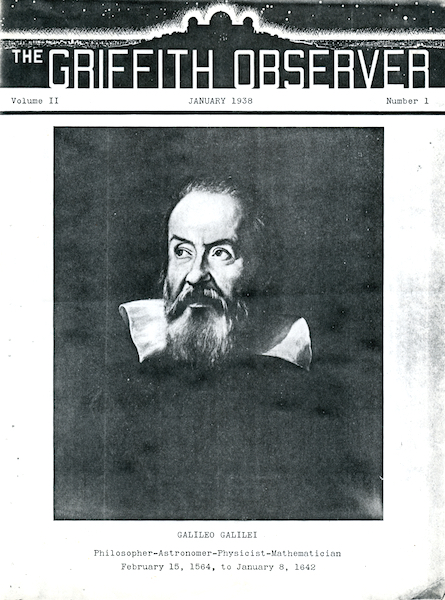 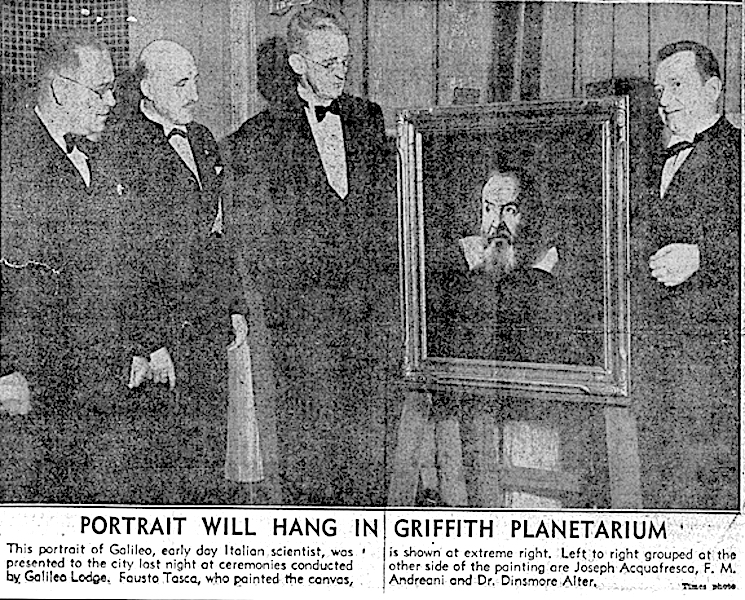 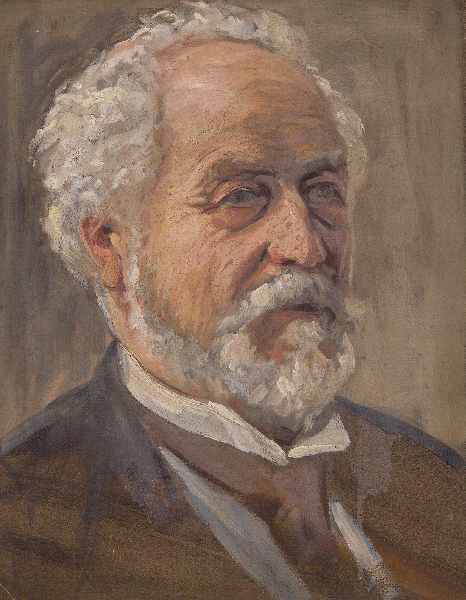 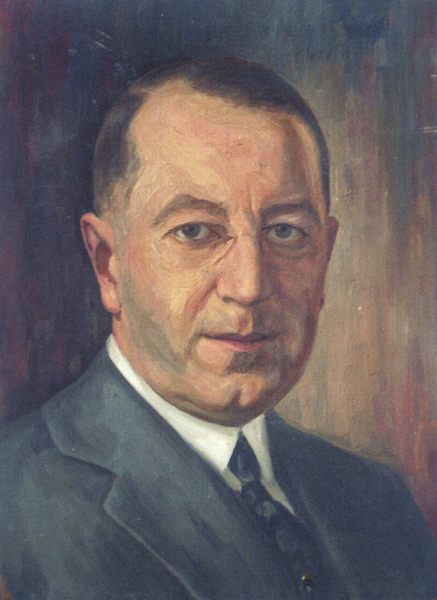 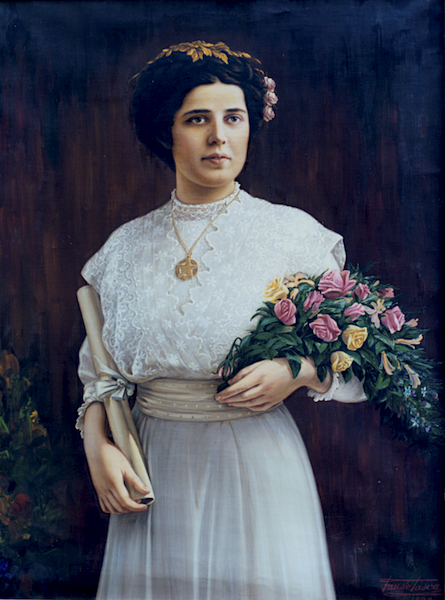 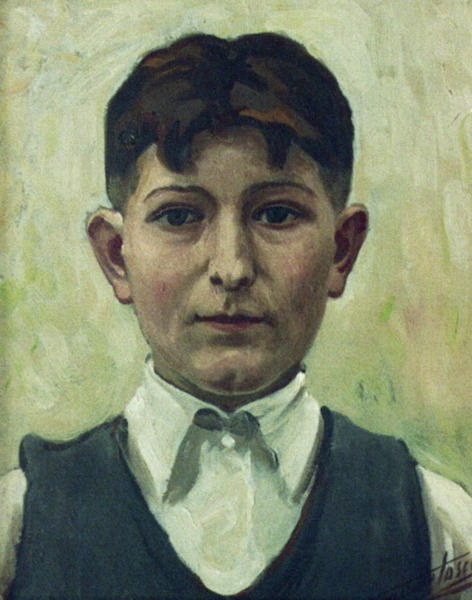 Artist's son, 1925
Oil on canvas
Collection of the Tasca Estate 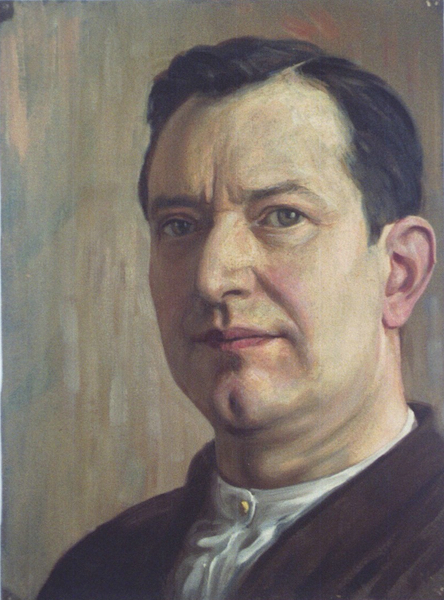 Self-portrait
Oil on canvas
Collection of the Tasca Estate 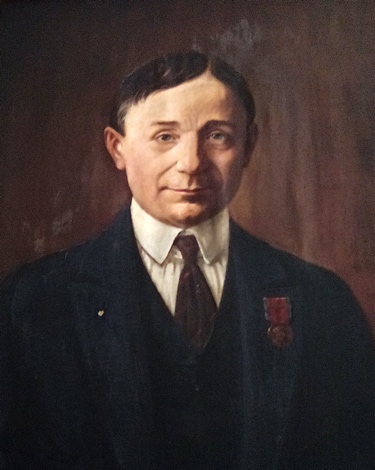 During the years 1924–1926, while Fausto was working on the commission to paint Our Lady of the Rosary, he struck up a friendship with the Urbani family. An account of this unique and interesting relationship is described in Anna Urbani Wilcoxson's new book, Secrets and Promises, The Story of An Italian American Family.